You Can Change It!
You aren't stuck with the brain you have. 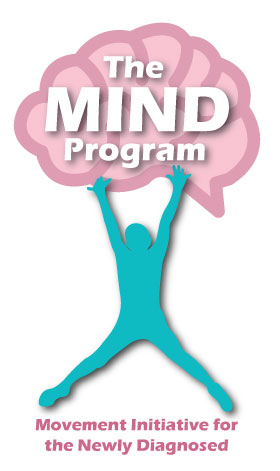 More and more research shows that exercise is important in slowing the progression and decreasing the symptoms of Parkinson’s. Physical therapy along with exercise is crucial in the management of Parkinson’s disease.

Ideally, you want to start Parkinson’s-specific physical therapy, occupational therapy and speech therapy at diagnosis. Then check in with your Parkinson’s physical therapist every six-to-twelve months to keep tabs on the quality of your movements. Consult your therapist sooner if you have a decline or a fall.

Learning to monitor self-movement is not easily done alone. Exercise should be considered a maintenance program between stints of physical therapy boosters. PD exercise professionals are essential team members in your fight against PD.

How can Physical Therapy and Exercise Help Parkinson’s?

How does Parkinson’s-specific Exercise help?

Parkinson’s-specific exercise aids in the process of changing your brain circuitry and results in easier movement. Mounting research continues to support the role of exercise in re-wiring your brain’s neural connections. This is a phenomenon in the brain known as neuroplasticity, and it is achievable at any age. Through these exercise-induced brain changes, you can gain and maintain freedom of movement despite Parkinson’s disease.

When is the Best Time to Start Exercising?

Technically, the sooner you start to exercise after diagnosis, the better. Exercising earlier in your diagnosis protects the dopamine neurons that are still there and preserves them. Exercise makes the damaged dopamine circuits work more efficiently. Also, if you exercise sooner than later, your brain produces more dopamine receptors. Simply put, your brain drinks up any available dopamine better and faster thanks to more receptors. All of these benefits result in fewer symptoms.

Not to worry, it’s never too late to start exercising. Later exercisers also significantly benefit, but it takes longer to get results. Therefore, remember to be patient as you embrace this lifestyle change if you start later in your Parkinson’s progression.

Also, the overall brain health of those who start exercise later compared to those who don’t exercise at all is better due to less inflammation, more blood circulation to the brain, and more efficient brain circuitry. Keep in mind that healthier brains are better equipped to combat PD, and exercise promotes a healthy brain at any age.

How Do Exercise Classes for PD help?

Parkinson’s exercise classes provide an outlet for sustained movement practice that extends the benefits achieved from physical therapy. Parkinson’s exercise classes are complementary for improving aspects of movement, cognition, mood, motivation, and quality of life. All classes are held in a supportive environment that promotes community engagement, morale, and accountability to keep you on track. 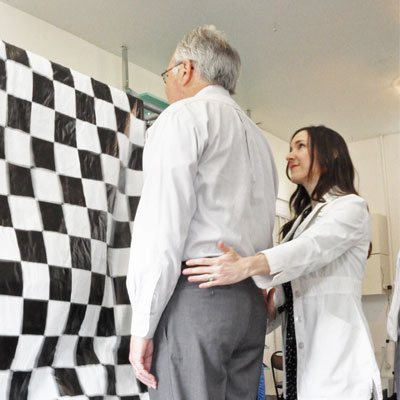 We focus on evaluating and treating inner ear and neurological issues commonly resulting in problems with imbalance, dizziness, vertigo, or vision. 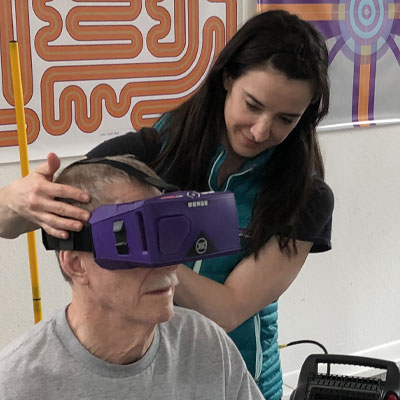 We understand the seriousness of concussions and implement best physical therapy practices to ensure a complete and expedited recovery. 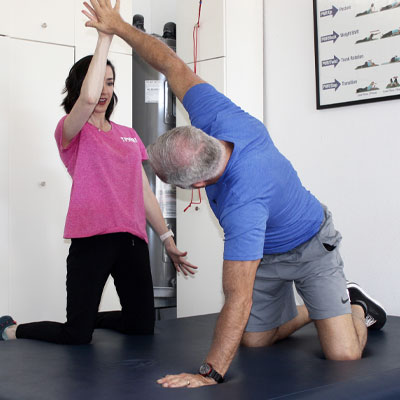 Our approach to Parkinson’s therapy is driven by research and enthusiasm, we strive to get you functioning at your highest level of fitness, activity, and health. 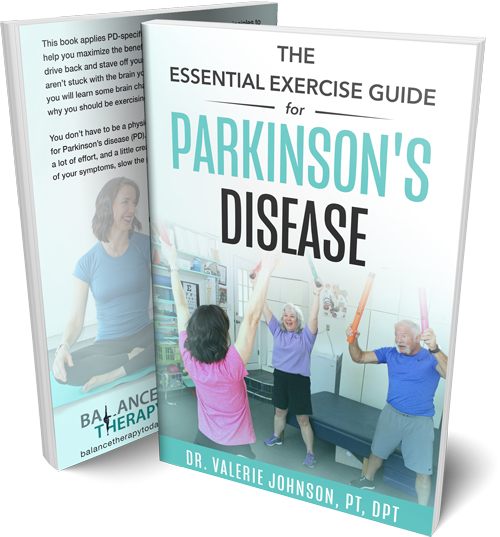 But the most important gift she gave me was a different understanding, on an emotional level, of the value and importance of the exercise in which she was training me. For instance, she summarized that she was ‘retraining my brain’

I had nothing to lose. There were still spots with Dr. Johnson open under the grant, so I signed up for physical therapy. It was perhaps the best decision of my life.

“Valerie truly has a great thing going for this population. Every mutual patient we share just raves about her personality and how hard she works them. Thank you for all you do for our community.”

“Valerie, you are doing great things!!! I wish my dad was your patient. He does not have Parkinson’s, but he has significant balance issues. PT has helped him immensely. I wish that you could evaluate him someday. You are one of the best!!!! I miss working with you!”

“I look forward to my sessions with Valerie. The classes are fun but challenging.”

Let me introduce myself. My name is Cecil Glenn Moore. After 31 years of fighting fires with the Dallas Fire Department and then 7 years with the United States Post Office, my body began...…

By Brian George How a Physical Therapist specializing in Parkinson’s disease (PD) changed … saved my life as I know it. I was diagnosed with PD a year ago after experiencing symptoms for a couple of years. I...… 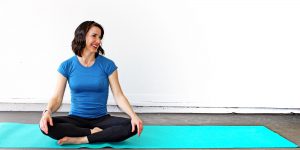